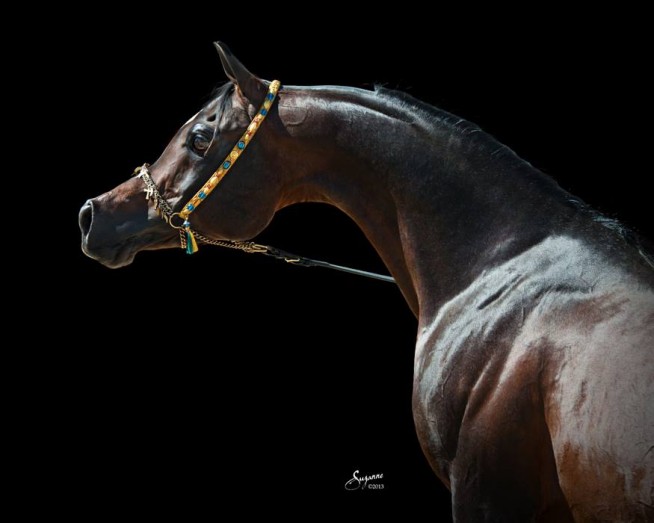 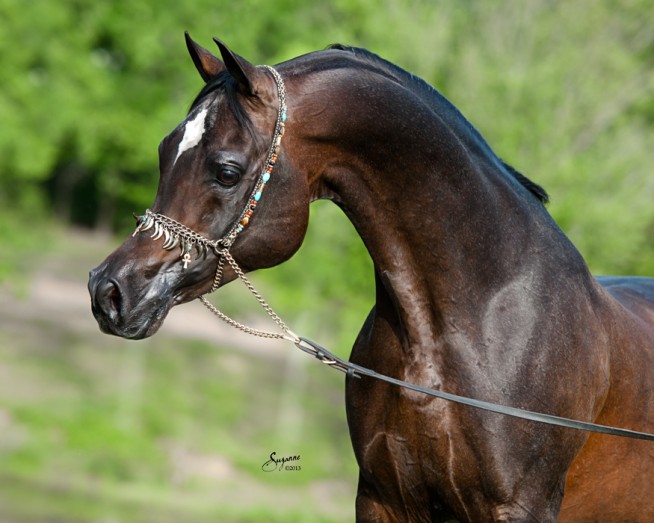 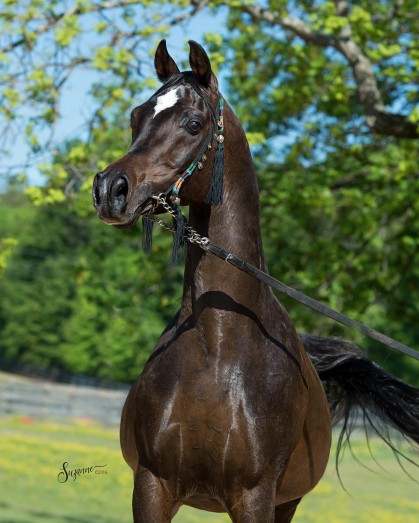 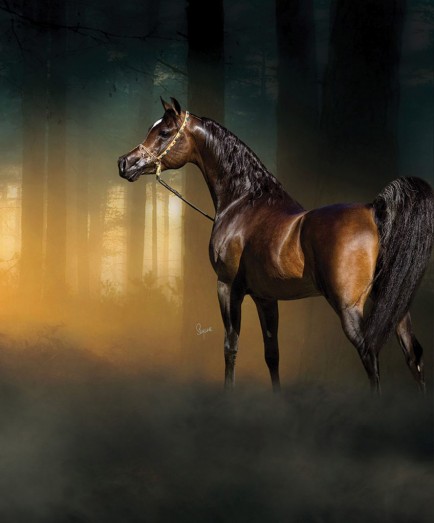 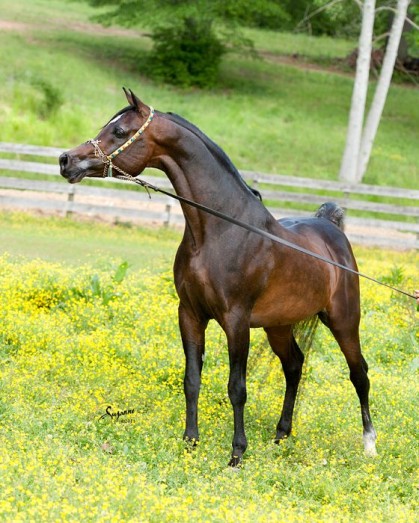 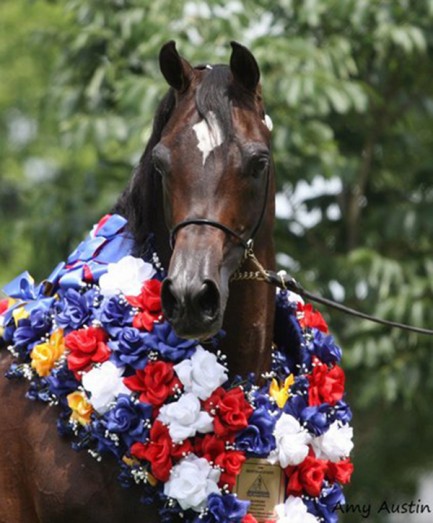 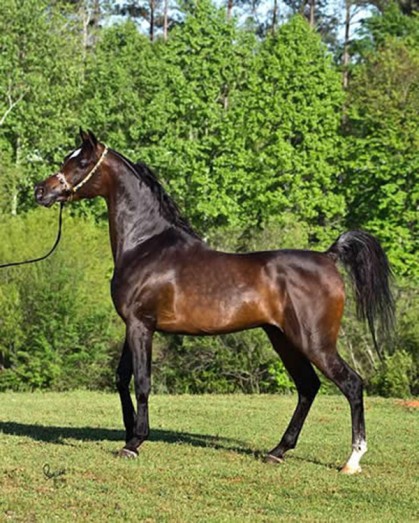 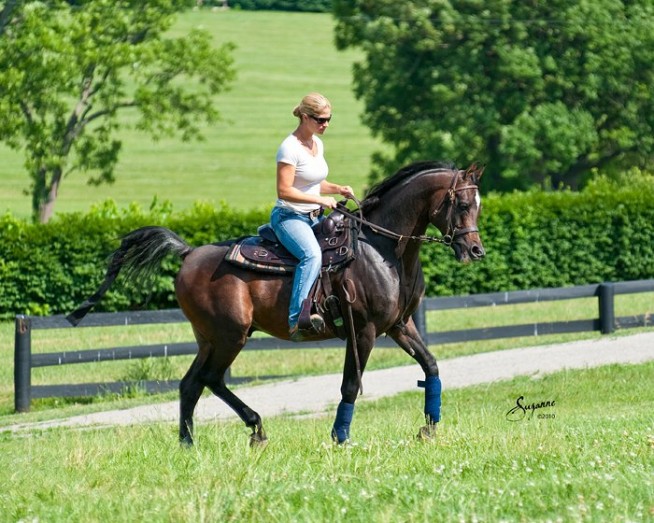 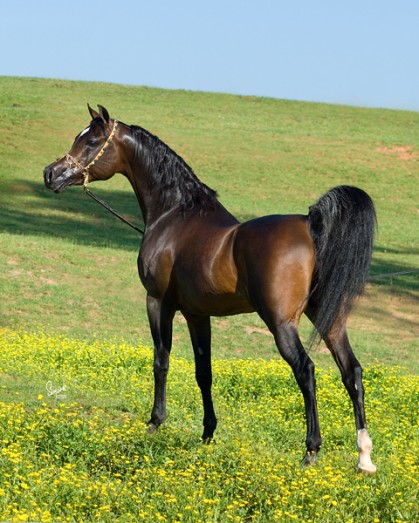 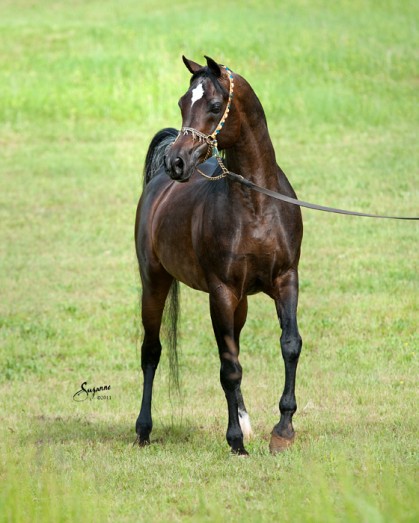 The 1998 Straight Egyptian stallion, BOTSWANA, is royally bred, with three lines to the legendary Ruminaja Ali, and another to Ansata Ibn Halima. He thus comes from a long line of celebrated sires who have also been U.S. National Champion stallions. In addition, his only full brother (now deceased, as is their dam), was several times National Champion Stallion of South Africa (both in halter and performance). Of the Dahman Shawan strain, Botswana traces tail female to El Dahma through the Farida line. He is an IABS (Breeders Sweepstakes) Nominated Sire, CA and SCID clear.

Botswana’s own beauty and correctness have garnered top show-ring honors the few times he has been shown: 1999 Champion Futurity Colt at the U.S.Egyptian Event, 1999 Region 9 Top Five Stallion, 2000 Scottsdale Top Ten (3rd in a class of 21), & at the age of 11, 2009 U.S. Egyptian Event Champion Senior Stallion & Supreme Champion Stallion (unanimously). For the first time in the history of the Event, the Supreme Champion Stallion was also the leading sire.

However, as with any great stallion, it is Botswana’s beautiful foals who are engraving his reputation as a significant sire. After the 2003 Egyptian Event, Botswana was ranked as the 4th Leading SE Halter Sire (the youngest stallion to ever rank in the Top 5), and since then has always been in the Top 3 SE Halter Sires. Indeed, in 2004 and 2005, he was ranked 2nd (just behind his own sire)—and was also listed as a Leading Juvenile Sire by the Arabian Horse Times.

Botswana get and now grand get have won globally. In addition to the US Egyptian Event, they have won at Class A & Regional shows throughout the country, Scottsdale, and US Nationals. Their sire has an astounding 70% “winning get ratio.” In 2003, 2004, 2005, 2010,& 2011, a Botswana yearling was either an EBC Champion or Reserve Champion at the US Egyptian Event—earning well over $100,000. in prize money for their owners.

This steady rise to the top is due to his prepotency, consistently siring extreme type, correct bodies and legs, high natural tail carriage—and beautiful sculpted heads with large lustrous eyes. He provides today’s breeder not only with a line-bred source to the great Sheikh al Badi sire line, but also the elegance and refinement of the blood of The Egyptian Prince and Ansata Ibn Halima.