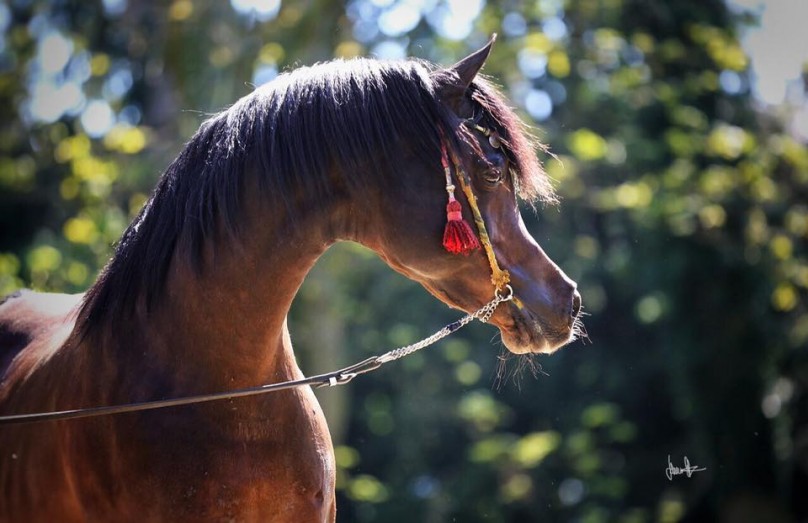 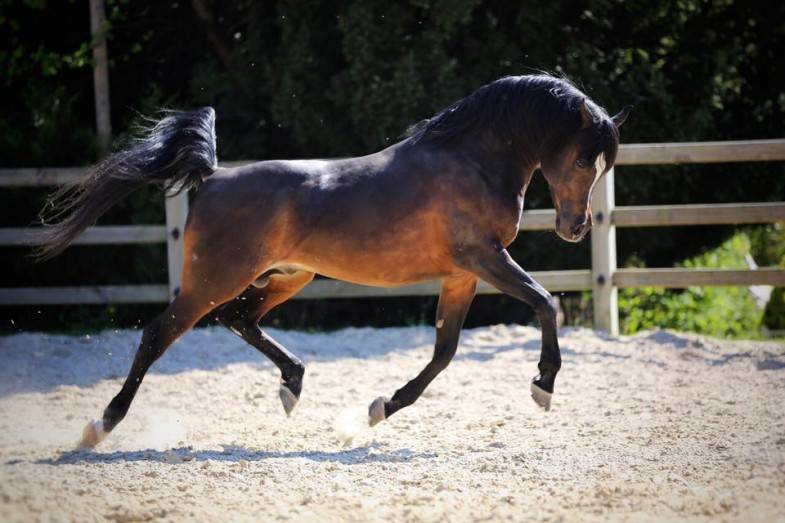 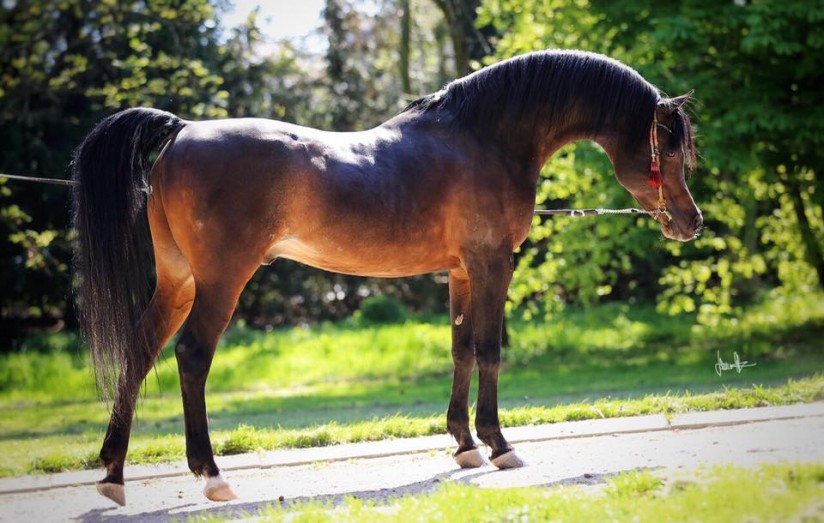 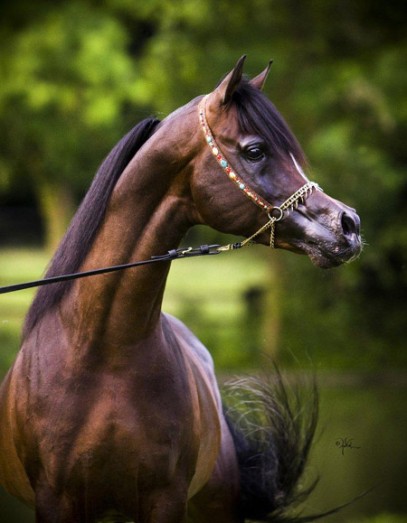 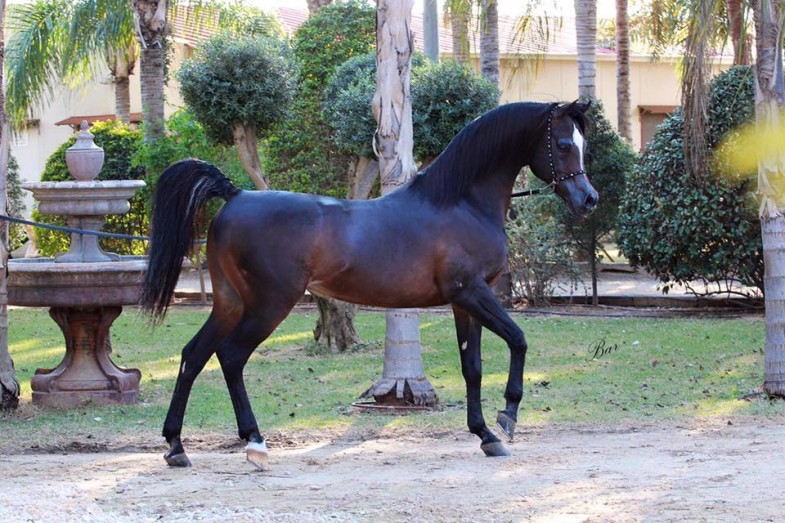 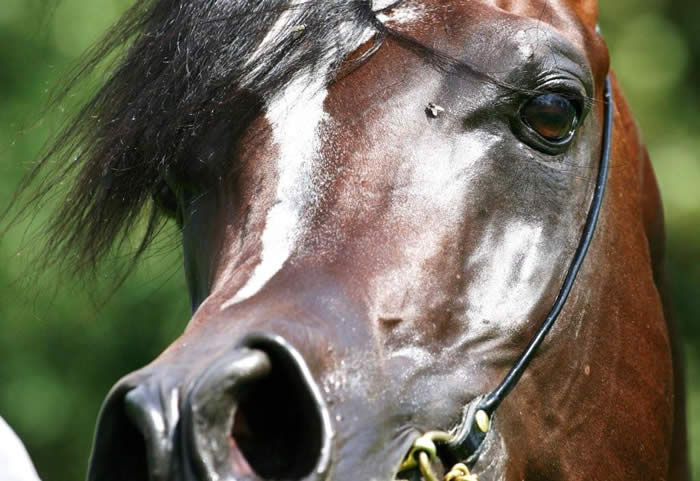 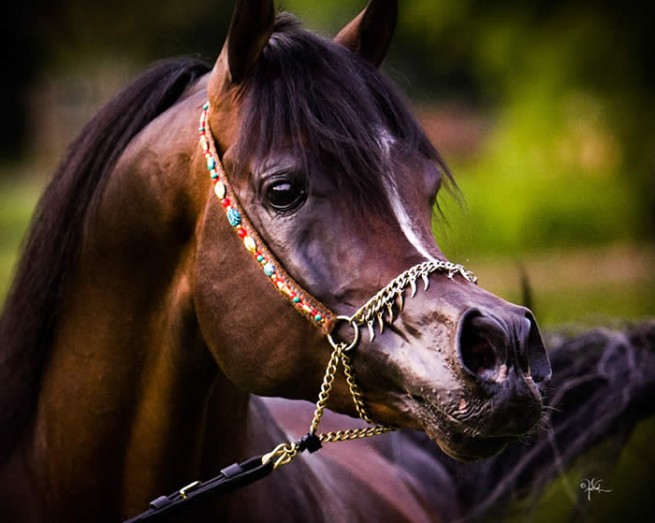 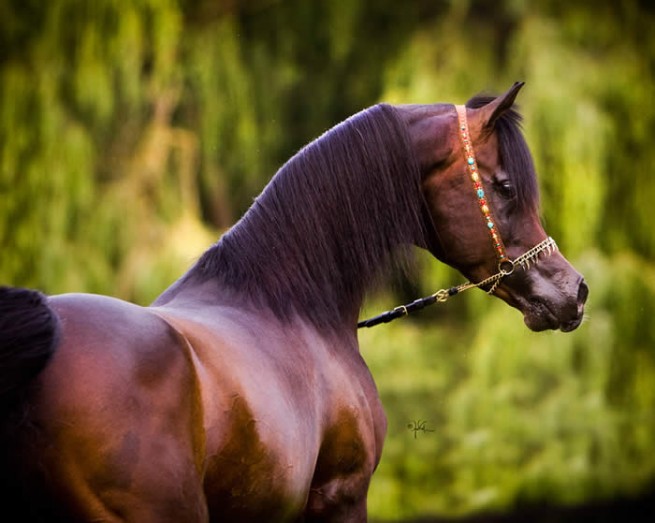 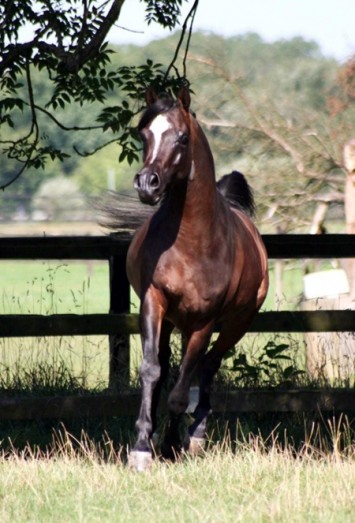 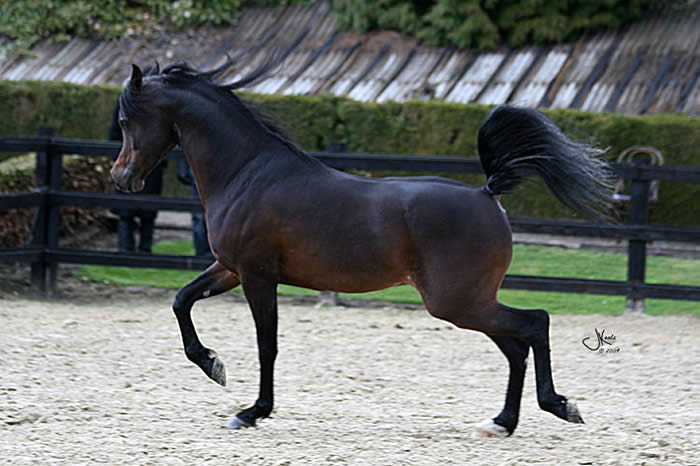 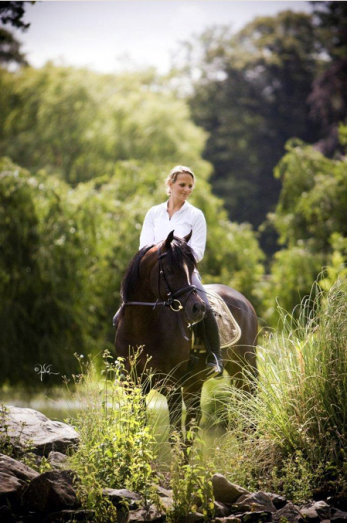 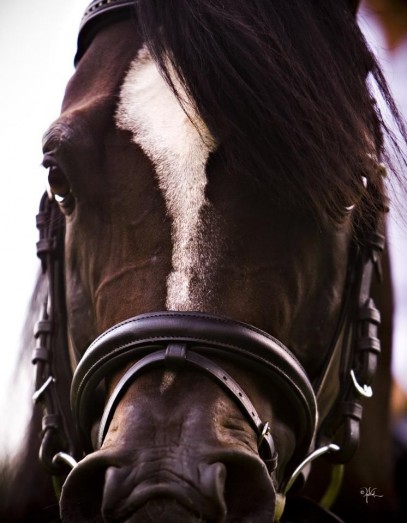 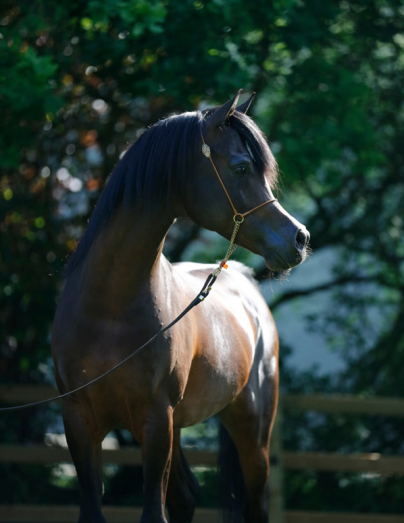 Afrikhan Shah now stands at European Training Center in Sint-Truiden, Belgium. Johanna Ullstrom manages “Teddy” (as his closest fans have grown accustomed to referring to him as) in Europe. Updates on his journeys and experiences will be maintained on our News Page as well as this page in the future. Fresh cooled and frozen semen are available.

AFRIKHAN SHAH is an incredibly beautiful stallion, with strong fluid movement. Beyond his phenotypical beauty, he is most royally bred, descending in direct lineage through the great Shaikh al Badi sire line (which has produced such significant stallions as Ruminaja Ali, Ali Jamaal, Anaza el Farid, Gazal al Shaqab, Marwan al Shaqab, The Minstril, and Thee Desperado) to Shah’s own sire, Botswana, who was, at the 2009 U.S. Egyptian Event, Unanimous Champion Supreme Senior Stallion and the Leading Straight Egyptian Halter and Performance Sire for the third consecutive year. Shah’s sire line is filled with multiple US National Top Ten, US Reserve Champion, and US National Champion stallions (including the legendary Ansata Ibn Halima).

Afrikhan Shah’s dam, Rohara Shahblee, is a dam of champions, and brings into his pedigree the blood of the legendary Bey Shah, *Bask (1964 US National Champion Stallion & 1967 US National Champion Park Horse) and Fire Alert++ (1981 US Top Ten Stallion and 1982 US & Canadian Top Ten Pleasure Driving winner). Shah’s wonderful tail female line descends through CR Mirandy and Bint Sabbah (one of the most sought-after Egyptian tail female lines) to the immortal El Dahma.

Afrikhan Shah offers the discriminating breeder not just his own exotic type—but also a pedigree filled with beautiful, big-moving champion ancestors. He was the 2004 US Egyptian Event’s Reserve Champion Colt in the Egyptian Breeders’ Challenge, the unanimous champion Most Classic Head Male at the 2007 US Egyptian Event, and in 2008 won the 4 – 5 year old World Class Stallion Class.

If you are looking to add beauty, personality, and/or blow and snort, Afrikhan Shah might be your guy.